Duncan Eagles a London-based saxophonist who performs regularly at venues and festivals all over the world.

Duncan is also recognized for his work with critically acclaimed band, Partikel who have released four albums to date, their second, third and fourth albums “Cohesion”, “String Theory” and Counteraction being signed on one of the world’s most exciting labels, Whirlwind Recordings, and have been met with praise form the UK, European and USA press, Cohesion being hailed as one of the top 10 releases of 2012 according to renown critic Kevin LeGendre and String Theory making it into the European Jazz Network Charts and also the Daily Telegraph’s best albums of 2015 . In 2017 they were nominated for a parliamentary jazz award in the category of “Best Jazz Ensemble” alongside Phronesis and Binker and Moses.

Duncan’s most recent album ‘Citizen’ was released this year on prominent USA label Ropeadope and is his debut as a leader. This group most recently opened for saxophone legend Joshua Redman at the Barbican in London, also performed two nights at Ronnie Scotts Jazz Club and appeared at the Love Supreme Jazz Festival and Bremen Music Festival. 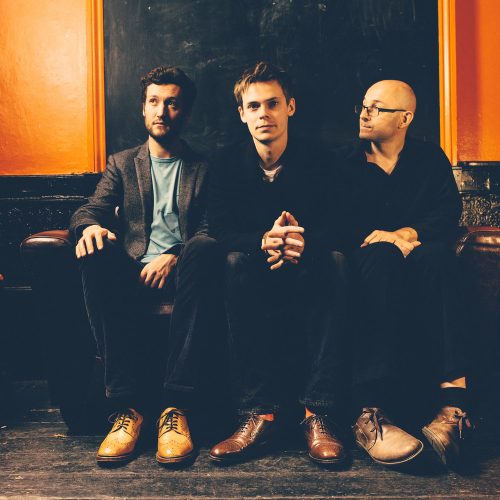 ANNIVERSARY SONG, Partikel’s new album is released by BERTHOLD records on May 2022 .

The line up: Duncan Eagles on saxophone, Max Luther on double bass and Eric Ford on drums.

The songs were all composed by Eagles and arranged collectively by the jazz trio, which excels here with its adventurous and virtuosic musicianship.

This is Partikel’s fifth album whose title ANNIVERSARY SONG marks the group’s 10th year. The first public appearance was in The Great Horse, a pub in Kingston, south west London. “Eric Clapton and all the local musicians used to play there on a Monday, “recalls Eagles. “We did a residency there and became quite popular playing standards, then we started to write our own music. But the money was bad, so when a club in Streatham opened, The Hideaway, we went on to do that.”

Territories: Europe except UK and on request 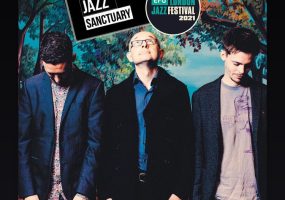 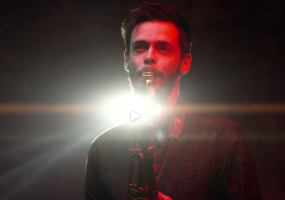 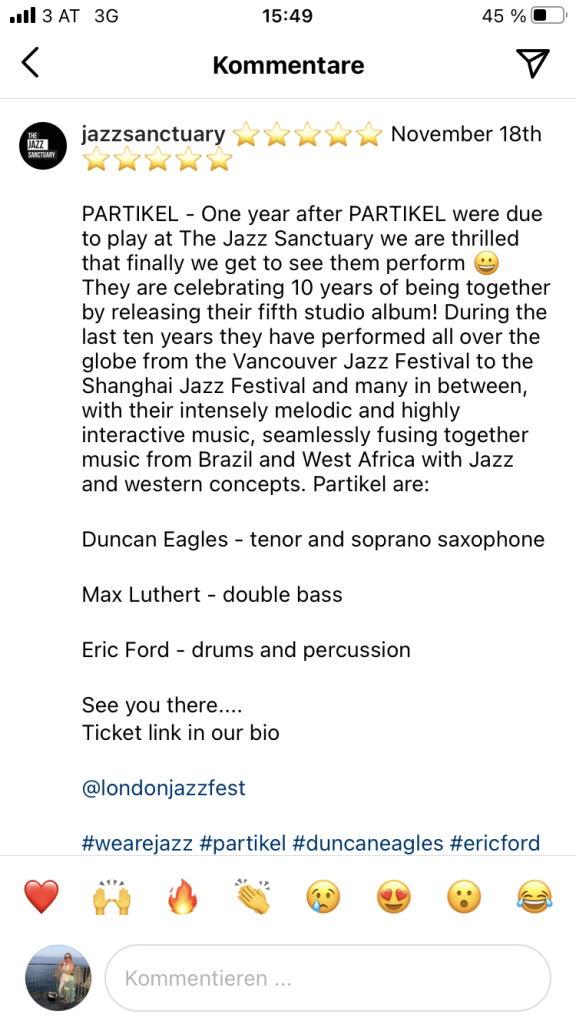 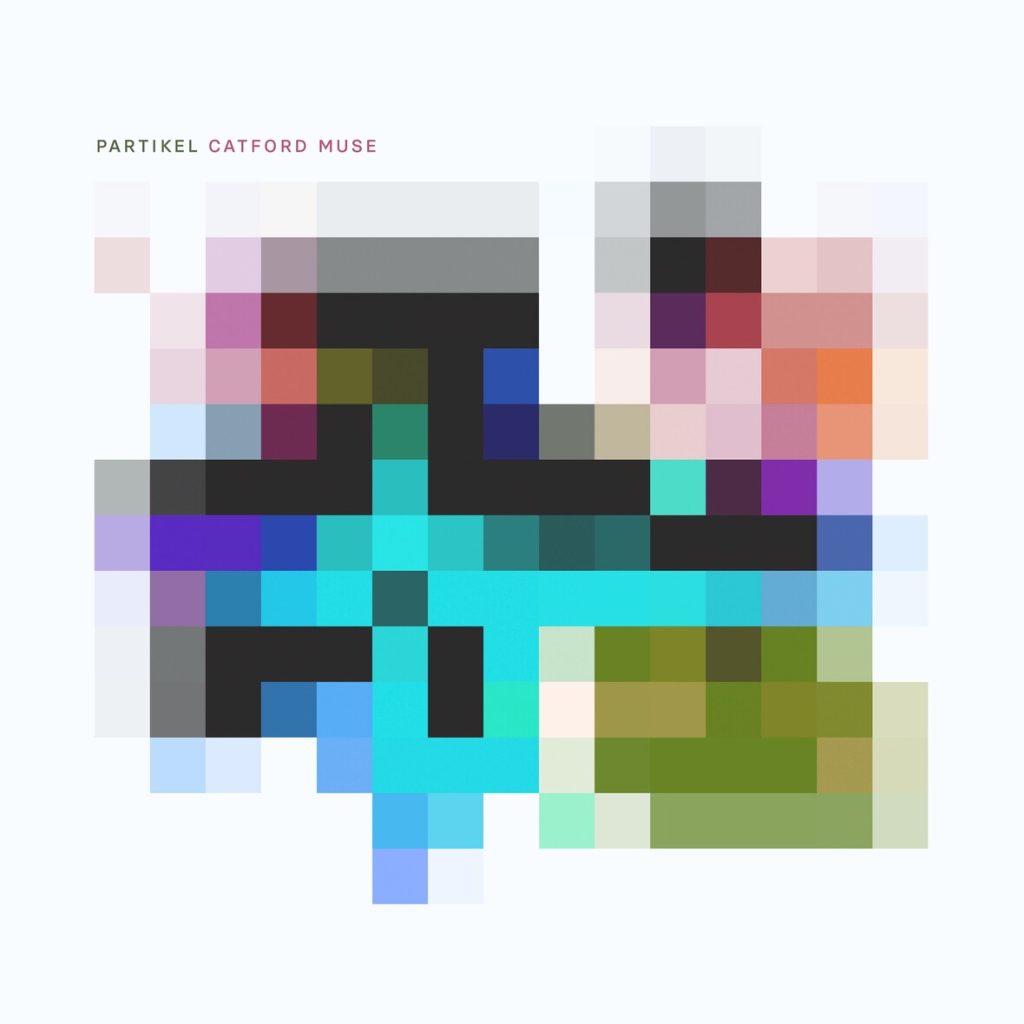 “Saxophonist Duncan Eagles holds the stage with his attractively dry tone, sharpness and the urgent ferocity of his tenor improvising” John Fordham, The Guardian

“In Duncan Eagles we have a young tenor / soprano saxist, a mere 25, who has listened and absorbed the past. His tone on tenor brings to mind Stan Getz, it’s simply sublime, yet his ideas are very much entrenched in the jazz of today and tomorrow.” BeBop Spoken Here

“When Duncan Eagles picks up the soprano saxophone you could be listening to Courtney Pine.”Stereoplay – 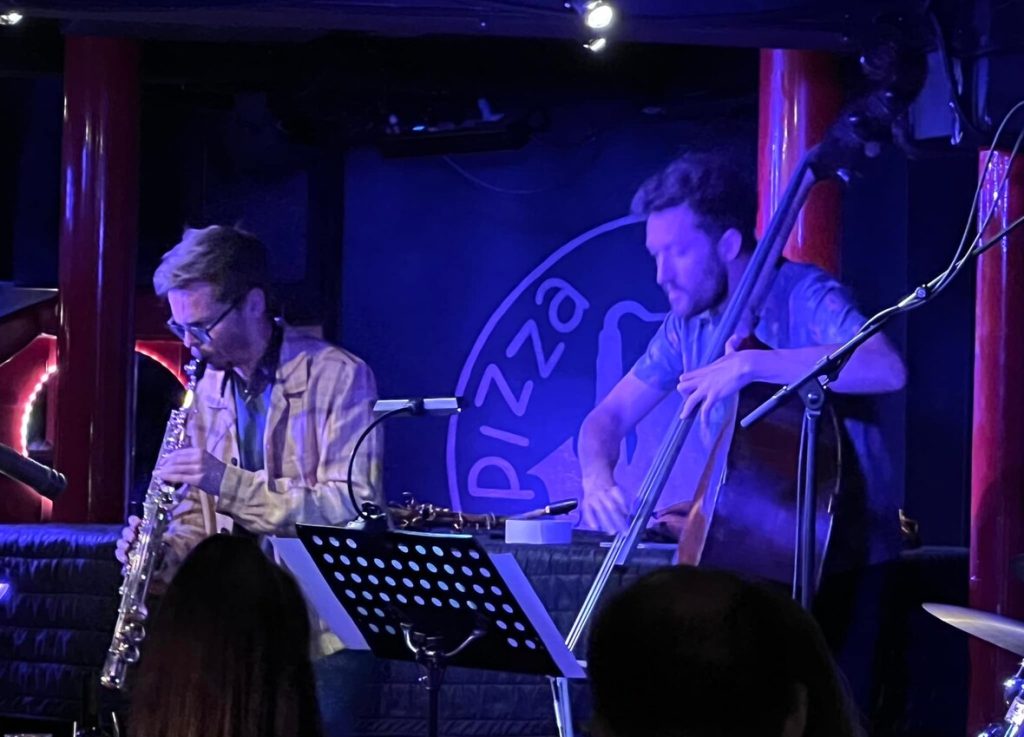 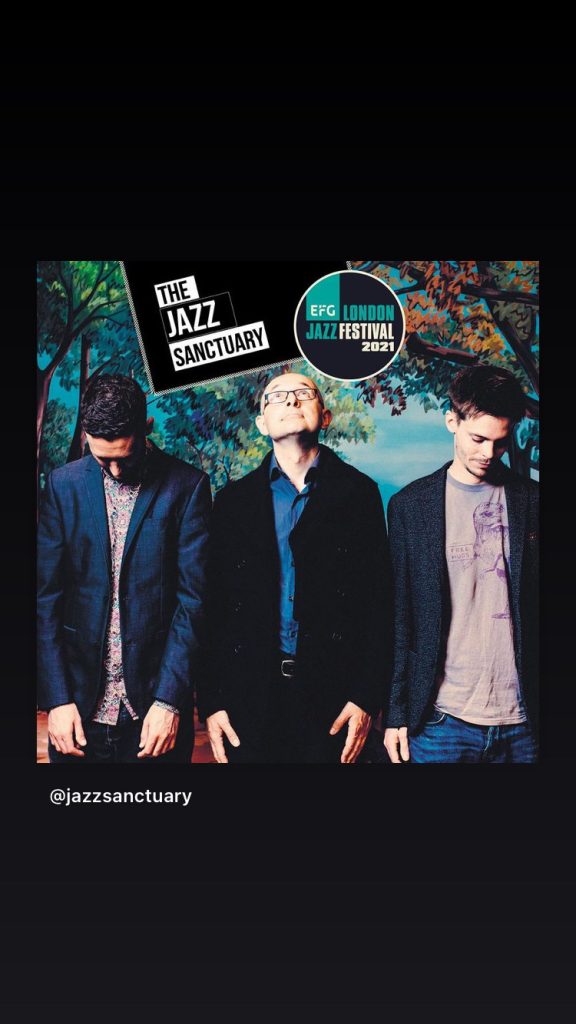 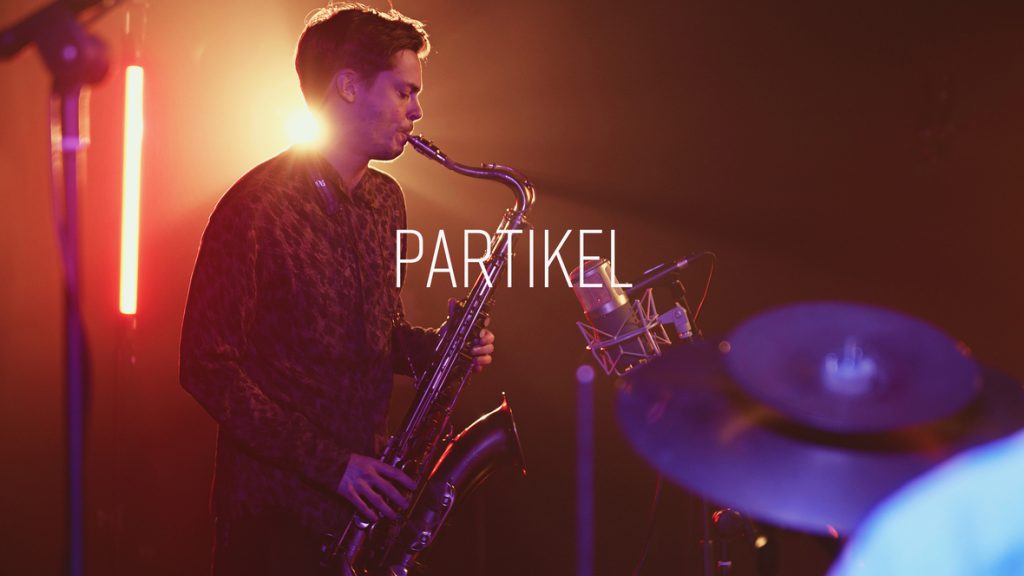